Last night my little one slept in my bed with me. Husband and eldest son are traveling for a weekend of soccer and we didn’t want to waste my King size bed. I wasn’t expecting to go on a roller coaster after slipping under the covers. I normally fall asleep quickly and with ease but last night was different. The sound of his steady sleeping breathing was like a wide open door to memories I had forgotten.

Why was his breathing so loud to me? It wasn’t a labored ‘loud’ breathing. It was the normal quiet breathing of a sleeping child. I realized that I don’t notice Carlos’ breathing each and every night. It is such a comfortable and regular noise to me that I don’t even notice it. I take it for granted. I have friends that have lost their husbands and I know they desperately wish to fall asleep listening to them breathe and I have single friends that deeply desire to share their bed with a soul mate and here I am…completely unaware to the precious sound of my husband each and every night. I was jolted by my obliviousness. I promised to pay more attention to the little things; the tossing and turning, the steady breathing, the ability to wrap my arms around him.

And then as I tucked the promise into my memory I listened again to Leo’s breathing. I brushed my hand against his cheek. I’d put him to sleep thousands of time in our life together. I had held him in my arms as he drifted into that deep slumber and I had laid in his bed with him until he was completely asleep and nothing would stir him. But he’s older now and when he goes to bed I don’t lay with him until he falls asleep anymore. He asks me to leave before he is asleep. Or I have dishes to finish washing.

I remember the black leather glider when he was a baby. I remember curling up with him, so uncomfortably, on his little bed at our house on Artesian Lane. And I remember the sound of him breathing.

When Leo was 9 days old he was healthy and nursing well. When he was 10 days old he started breathing fast. Really fast. I remember everything about those moments when I realized his panting wasn’t slowing down. I remember counting how many breaths in a minute. I remember our family Doctor quickly calling in a referral for a specialist and the way fear sat on my chest and tears filled up in my eyes. We spent 6 days in the hospital. They never figured out what was wrong. When his breathing went from 100 breaths a minute to the normal 40 we were sent home. And life was normal again. Until he was one. It took six months of our little Leo being sick all the time with upper respiratory illnesses, pneumonia, and horrible coughs before he was diagnosed with asthma. That’s when I became so acutely aware of what it’s like to live with fear on a daily basis.

One night Carlos and I were watching a movie in the lower level and both boys were asleep on the 2nd floor. I had the baby monitor close by so we could hear Leo and keep watch of his coughing. His most common asthma symptoms were the coughing and the short, fast breathing. If he woke up crying and we didn’t get to him quick enough it sometimes turned into an asthma episode. We never let him cry hard. We were too scared. All the time.

Carlos and I don’t have asthma on either side of our family. We had no idea what we were dealing with at first. We had to learn the hard way and fear gripped us tightly. Exhaustion triggered many moments of helplessness and distress.

That night the baby monitor was on the wrong channel and what I thought was the fuzz of a sleeping child was simply the wrong channel. (Why would a baby monitor have two channels? What other freaking channel would I tune into?) My mother’s intuition kicked in but by the time it did, it was late. I pressed pause on the movie and listened closely. I was sure I heard something so I ran up the stairs to check. Sure enough Leo was in a full out episode and gasping for air while trying to cry for help. I had been curled up, watching a movie while he was struggling to breathe. We got there in time. We had the tools; the inhalers and the nebulizer, and the ability to get his breathing in control. After a while he gently fell asleep. But I couldn’t. I stayed in his bed that night. I sobbed. I beat myself up. The what if’s wouldn’t leave me alone. And the fear continued to pulse through my body like adrenaline does.

From the age of one to five we experienced the worst of it. And then between five and seven he had fewer and fewer flare ups. It’s gone now. We don’t even bring his inhaler with us on trips because it has been so long.

I spent so many years listening to Leo breathe. Enjoying the moments when his breathing was normal and being on high alert with any sign of a cough. I could tell which cough meant what. I have notebooks full of tracking symptoms, doses, the hours between inhaler puffs and all the doctor appointments documented.

This was the roller coaster I went on last night. These were the memories that were folded neatly in the corner of my heart protected by a closed door. And the door opened last night. The sound of his breathing was so peaceful and so familiar.

There is nothing stronger than the desire to make it all better for your child. I certainly wasn’t as vigilant with my own health during those years as I was with his. He was so little and so unaware of his struggles. It was normal to him. And it was traumatic for me. As simple as that.

I finally fell asleep last night. I had fitful dreams. But I slept through the night.

This morning I’m also grateful for my strength. I didn’t understand self-love and self-care during those years like I understand it today. I was hard on myself. I was critical. I was demanding. I pushed myself. I carried guilt. So much fucking guilt. I was never enough. I wasn’t enough of a Mom or a Wife. I wasn’t smart enough. I wasn’t in tune enough. I wasn’t organized enough. I was in the midst of building and creating our business and there were many times that I beat myself up for not doing any of it well. I remember wishing that someone would come and take care of me and make it all better. It did get better. Thankfully, it got better.

I light a candle for the Sara that needed a hug from herself. I light a candle for all the Mothers of little ones that share this story in some way. For anyone, Mother or not, that is too exhausted to take a moment and allow herself the love that she deserves or simply doesn’t know how. I send each and every one of them love and light. (and a badass unicorn to make it better). 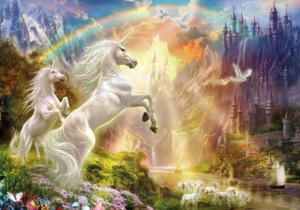 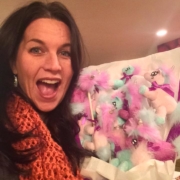 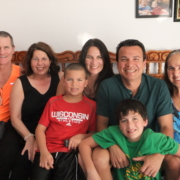 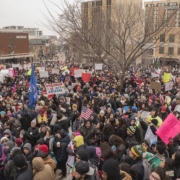 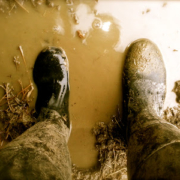 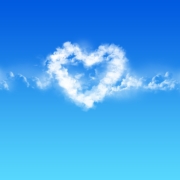 The Practice of Living at our Own Pace, written by the Energizer Bunny

My Year Dancing with Racism
Scroll to top