Many times masculine and feminine energy equate to male and female. And we fall into the gender biases of men and women/boys and girls.

There is a minivan in front of me and I refer to the woman I assume is driving it. I see a big pickup truck and I think there is a man driving it. When I pass by and I see I was wrong, I realize, again, how deep the biases are.

I happen to be a woman with a good amount of masculine energy. I have been labeled as demanding, bossy, tough and driven. Those are typically labeled as male characteristics. And I have a husband, Carlos, who is incredibly kind, compassionate, patient and sensitive. He happens to have some feminine energy in his spirit.

My husband is also strong, ambitious and calculating. I am also sensitive, sweet and loving.

Perhaps it is a spectrum. If there is a spectrum then Carlos and I play the spectrum very well. I dance over to the feminine side and I play hardball on the masculine side. Sometimes I hang out in the middle neutral zone. Carlos glides along either side of the spectrum too. We allow our masculine and feminine energy to guide us in our marriage, as we raise our children and as we lead our real estate business together. We honor both the feminine and masculine energy equally.

I could listen to our culture’s call for stronger women to stand up and lead. But I don’t. I tried that and it didn’t feel right. I choose to question our gender definitions altogether. I choose to sit cross legged on the couch in my purple flowy skirt and ask…

What if instead of leaning into the masculine energy that dominates government, boardrooms and corporations all over the world, we welcomed feminine energy?

What if we realized that feminine energy is powerful, vulnerable and courageous?

What if instead of teaching women how to make it to the top, men asked women to teach them how to make the top better?

What if men learned how to feel a situation so deeply that tears well up in their eyes when they are proposing whatever it is that they are moved to propose?

What if the quiet men and women all over the world were given the space to speak in uncertainty and not to be seen as lacking confidence but to be heard as someone with an idea?

What if we stopped claiming bossy as a strong leadership trait and encouraged boys and girls to just be themselves however they show up? What if there was no need to label it, justify it, or encourage one way over another?

What if it was powerful for boys to cry, to be compassionate, to listen and to help? What if those were the leadership skills sought after?

What if collaboration was perceived as ambitious?

What if caring about our competition was a sign of success and attacking them was not?

What if it was okay to let go of the need to compete and win and we simply embraced being our best?

What if we added more tenderness into our policies and procedures?

What if women and men who proposed coming up with ‘our way,’ instead of asserting ‘my way,’ were seen to be just as powerful, if not more so?

What if men looked inside of themselves instead of to women to bring more feminine energy to the table?

What if it isn’t about men and women and gender equality?

What if a holistic leadership team had just as much feminine energy as it had masculine energy and we stopped counting skirts?

Behind the Scenes of Growing Pains 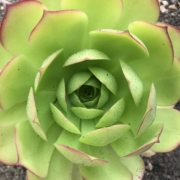 The Power of Honoring the Old Story

Contemplating my complexes…especially the White Savior one
Scroll to top